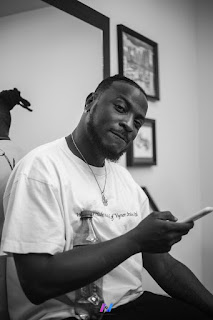 Popular Nigerian singer and DMW record artiste, Tobechukwu Victor Okoh, better known as Peruzzi took to his social media account to talk about what he does after a broken heart.

The talented singer shared a post on the popular micro-blogging platform, Twitter, to reveal the secret. In his tweet, he bragged about how he makes profits from a broken heart.

Peruzzi went further by saying he even spends some of the profit on his new girlfriend and if she breaks his heart again he will do the same to her.
See tweet below;

You Broke My Heart, I Put It In A Song, Made A lot Of Money Off It & Spending Half Of It On My New Girl. If She Does The Same, Imma Do The Same Thing To Another Girl 😂 😊