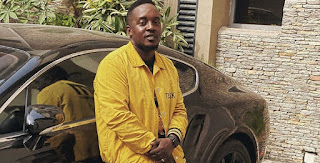 “Nothing happened to the relationship [with Chocolate City]. We are family for life.”

“Chocolate City is family. It is time for me to do a new thing musically. Generally, I have had a no-press policy on this issue. The reason is that I don’t want my words to be twisted. I am careful who I answer”

The rapper added that he is grateful to Chocolate City for all he achieved during his time with them.

“After a while, it is time to do a new thing and I am grateful for everything that was,” the songwriter added. “I think right now, it is time for incredible music and for MI to move.”