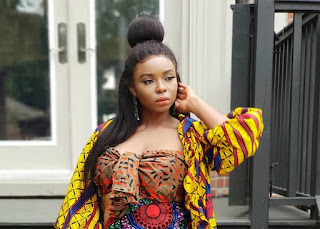 According to popular afro-pop singer, Yemi Eberechi Alade, we all need to look out for ourselves because the government doesn’t care enough.

Yemi, in recent times has been outspoken on the political scene as she has been making some remarks about government. She Slams Lagos Govt For Giving 3 Loaves Of Bread For A Family Of 6.

We need look out for ourselves, the government doesn’t care enough.