One of the twin brothers of the Okoye Peter has replied Davido for his statement which he directed to the people that went to their birthday parties separately.

It would be recalled that the twin Okoye brothers both Peter and Paul celebrated their birthday few days back and a lot of Nigerians most of whom were friends and associate of the musicians attended their birthday party separately. 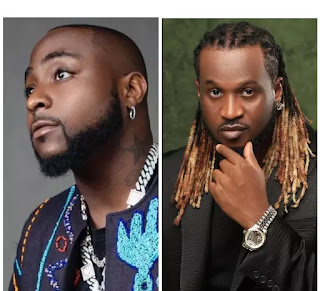 While feeling angry and all tensed, Davido Criticize those who had the audacity to go to the twins birthday separately. For him, it was out of place because the two brothers are twins and such should not have happened in the first place. 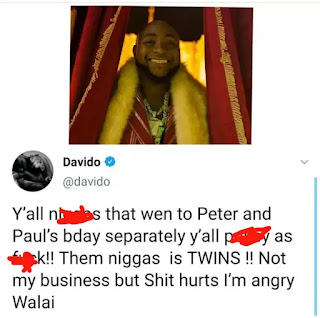 While reacting to the statement from Davido, Paul Okoye who is widely known as Rudeboy expressed how disappointed he is in Davido for abusing their guest.

He asked Davido what level and audacity he has to call his family and friends names. For him, the issue does not warrant such use of language and he is highly disappointed in Davido. 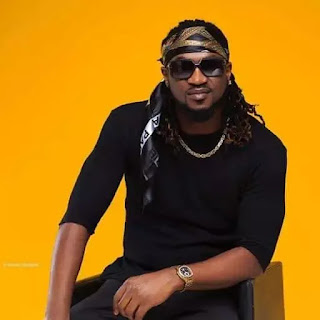 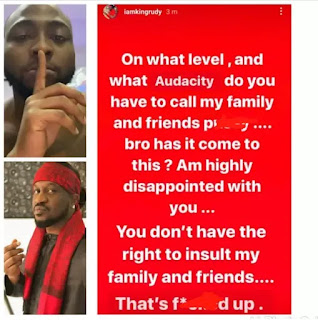 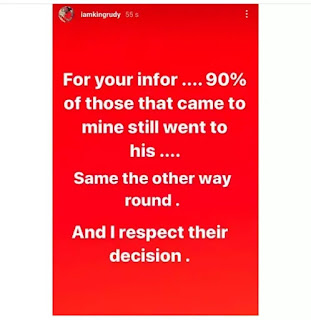