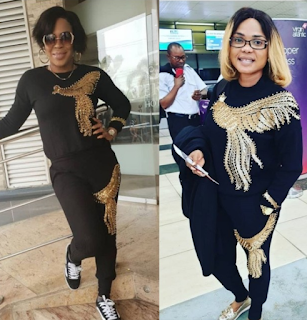 Fathia Williams put the beef between her and Iyabo Ojo aside to condole with the latter on her mother’s death.

Iyabo Ojo announced the death of her mother yesterday, October 21, and Fathia put up a post mourning Iyabo’s mother today.

Both women used to be friends but they fell out and Iyabo Ojo called out Fathia Balogun earlier this year.

As Fathia turned 51 in February, Iyabo Ojo threw shade at her (read here).

But Fathia put that behind her following the death of Iyabo’s mother and fans are praising her for her maturity. 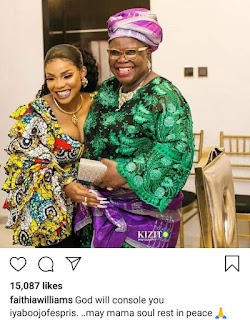 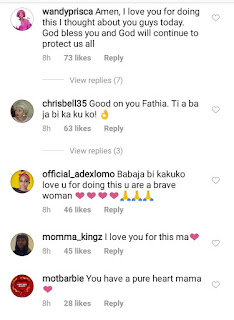 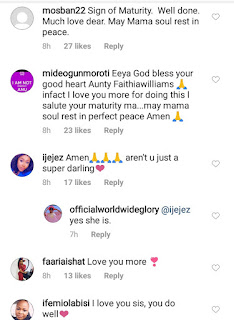