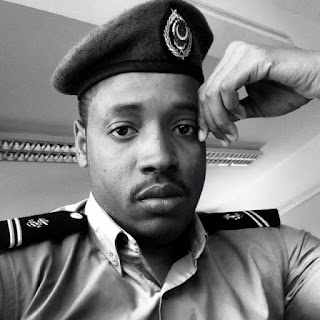 Journalist, Gimba Kakanda, has called out a Nigerian sailor, Mohammed Nafiu, pictured above, for allegedly threatening to release the nudes of an 18-year-old girl after she refused to continue having sex with him.

In a Twitter thread, Gimba shared screenshots of Nafiu’s alleged chats with the eighteen-year-old girl in which he threatened to release her nudes if she doesn’t come chill with him in any hotel of her choice.

According to Gimba, Nafiu and the young lady started dating when she was underage but broke up recently, yet he still wanted to continue having sex with her.

On Sunday, November 22, Nafiu reportedly reached out to her, asking that they meet in a hotel. When she refused, he allegedly threatened to release her nude photos.

Gimba vowed to ensure that Nafiu who is currently a student of The Arab Academy for Science, Technology & Maritime Transport in Egypt, ”pays for his actions. ”

See his tweets below 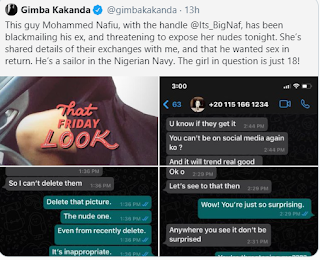 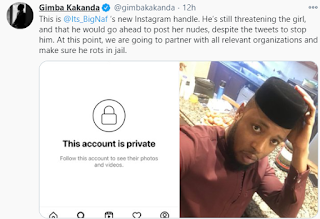 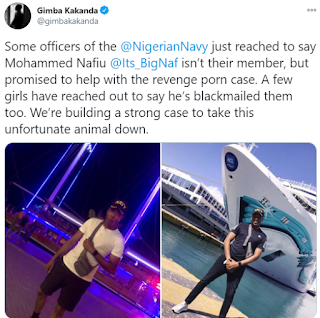 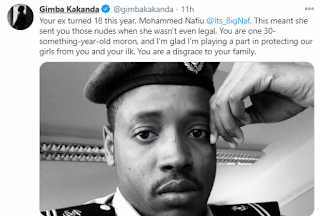 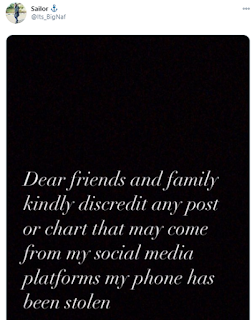 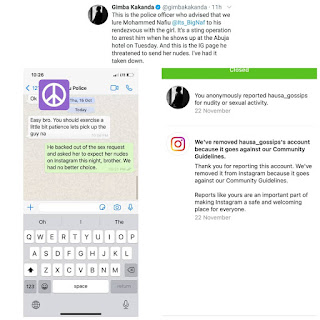 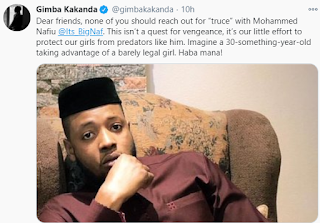 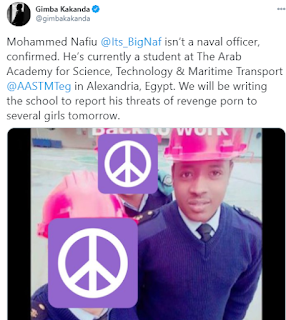