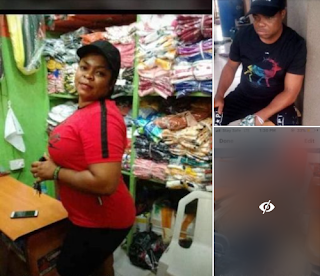 A Nigerian man has been accused of stabbing his partner to death for refusing to register her new car in his name.

Facebook user, Ngozi Ikebuaso alleged that the man carried out the act with the help of his 16-year-old nephew. It was learnt that the deceased refused registering the car in the man’s name, on grounds of him not paying her bride price even though they’ve been co-habiting for 8 years.

A man with the help of his 16 years old nephew stabbed his wife to death because she refused to use his name in her new bought car documents. The woman said she can’t use his name on the documents because the said man never paid her pride price ( they are just leave in lovers. Di na nwuye ndi Lagos)and have not married her after living together for 8 years. They locked her in immediately she came back from shop and killed her. This is a jobless man that has been feeding off the woman. This is so sad 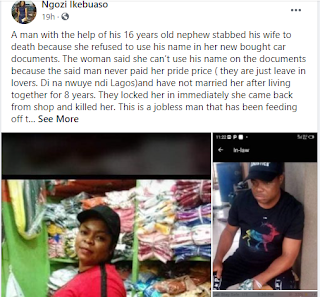 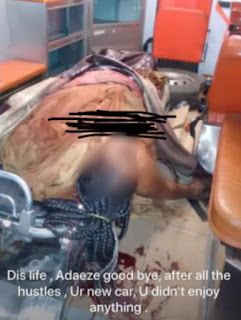 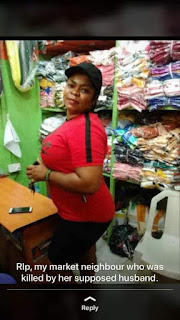