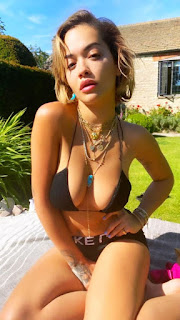 Singer, Rita Ora has issued an apology for breaking coronavirus restrictions by hosting a star-studded party to mark her 30th birthday.

The singer was seen arriving at Casa Cruz restaurant in London’s Notting Hill on Saturday night, November 28,2020, dressed in a silver dress and fur coat .

In the UK, lockdown rules have banned social gatherings from November 5 to December 2 following a surge in infections of Covid-19. 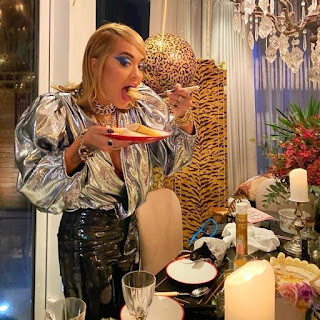 Rita and her guests which included socialite sisters Cara and Poppy Delevingne, were seen leaving at the end of the night – annoying fans who branded the singer as ‘selfish’ and ‘egocentric.’

Rita even shared photos on her Instagram celebrating her birthday .

Elena and Vas were seen heading out through the back door clutching bottles of booze in pictures obtained by the Sun UK.

According to the Sun UK, a man was also seen entering the venue during the bash clutching what appeared to be bags of ice for drinks. 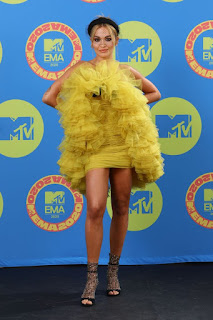 After the pictures were posted online by the UK website, furious fans hit out on social media prompting Rita to issue an apology.

In a statement posted on her Instagram she said: “Hello all, I attended a small gathering with some friends to celebrate my 30th birthday. It was a spur of the moment decision made with the misguided view that we were coming out of lockdown and this would be OK… I’m deeply sorry for breaking the rules and in turn understand that this puts people at risk. 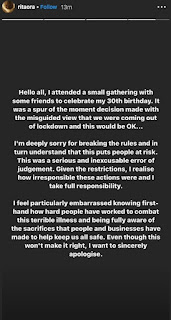 “This was a serious and inexcusable error of judgement. Given the restrictions, I realise how irresponsible these actions were and I take full responsibility .

“I feel particularly embarrassed knowing first-hand how hard people have worked to combat this terrible illness and being fully aware of the sacrifices that people and businesses have made to help keep us all safe .Even though this won’t make it right, I want to sincerely apologise.”

As part of fines by government, Rita has voluntarily paid a £10,000 fine after speaking to police officers on Monday morning, November 30, 2020.

A Met Police spokesperson told The Sun: “Police were called at 9.10pm on Saturday to reports of a potential breach of Covid regulations in W11.”