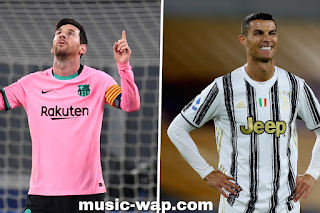 When Koeman was asked about who is the greater of the two, he refused to be dragged into debate, but he said he anticipates seeing two “incredible” talents lock horns again in the Champions League.

Ronaldo will be returning to Camp Nou for that contest, after missing the first leg with Barca in Turin after contracting Covid-19.

Messi scored in the first leg, a 2-0 win for the visitors, and ahead of Tuesday, Koeman says there is little to choose between the pair when it comes to greatness.

“It’s fantastic that these two players have been so long at this top level in the world,” said the Barcelona boss at a pre-match press conference.

“They are the best players, in my opinion, in the last 10-15 years. Being successful all this time is incredible. It’s a great compliment to those players.

“They are different, but they have incredible stats about scoring goals, hat-tricks, about winning prizes.

“It’s not nice to say who is better because both are incredible, I admire both players because they gave us so many nice evenings with great goals, with great titles. Let’s hope we can enjoy them tomorrow night.”

Ronaldo, 35, has scored 13 goals in 15 appearances for club and country this season, but Koeman says he will not be paying special attention to only Ronaldo.

He added: “For us it is not an extra motivation because of an individual player.

“We always thought of this as an important match with two big teams meeting. The two teams are going to fight for first position in the group.

“It’s always important the best players are there. I think Cristiano Ronaldo is still one of the best, he always scores and always fights.

“Because of his daily work he is still in the elite in our sport. It’s a great compliment to him. Not just any player can do that.

“We have to defend well against him and when we have the ball that danger goes away.”