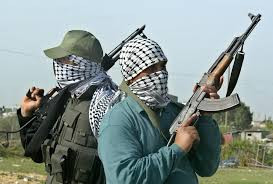 ”While on that unsubstantiated suspicion, some Fulani men numbering four (4) were passing through Kaya Village on 1st January, 2021 at about 1830hrs when some people suspected to be Vigilante members of Kaya Village in Giwa LGA of Kaduna State and its neighbouring community –Tudun Kaura Village in Sabuwa LGA of Katsina State, saw them, decapitated them and set them ablaze beyond recognition, except one (1) of them being Musa Lawal who narrowly escaped with deep cuts on both hands and currently receiving treatment in an undisclosed hospital. The three (3) suspected Fulani men who were killed and burnt are (i). Idi Isah (ii). Ibrahim Sani and (iii). Haruna Umar. ”Jalige stated in his statement

The spokesperson added that on the same date at about 8pm, some suspected Fulani men numbering over 100, apparently on reprisal attack for the killing of their three (3) brothers mentioned above, arrived Kaya Village on motorcycles, armed with AK47 Riffles and attacked the village shooting sporadically. In the course of this attack, Eight (8) persons were killed. Jalige gave the names of the deceased victims as Zubairu Surajo, Awwal Yahaya, Mahara Ado, Audu Sarki, Kabiru Maidoya, Aliyu Danladi Dayyabu, Ibrahim Kayawa; and Kabiru Maitakalmi

He said on receipt of the information, a team of Policemen on patrol from Kidandan Division and other Sister Security Agencies proceeded to the scene of the attack where they engaged the said suspected Fulani men who immediately fled the community on sighting the security men. He said normalcy has been restored in the community while the corpses of those killed were recovered and taken to the morgue where they were subsequently released to their relations after proper identification. Also in the course of this attack few shops and one Peugeot 406 vehicle belonging to the locals of Kaya Village were also set ablaze.

The police spokesperson said an Investigation and serious manhunt of the fleeing bandits is being intensified with a view to arresting them to face the full wrath of the law. He added that security has been beefed up within the area concerned to forestall future occurrences and to restore confidence to the natives of Kaya and the surrounding communities.

”As the Kaduna State Command and other sister security agencies make efforts to sustain peace in the State and while appreciating the efforts of the Vigilante personnel in Kaduna State, all vigilante men are hereby warned to strictly comply with the Vigilance Service Law of Kaduna State, 2016 particularly Sections 9(6) and 10(1) thereof which provide inter alia that suspects arrested for any reason should not be subjected to any form of torture and most be handed over to the Police for appropriate action. In view of this, the Command will no longer take it lightly with any Vigilance Service personnel that will engage in killing or torturing any suspect arrested without due procedure as provided by the Law.

The Commissioner of Police Kaduna State Command CP UM. Muri is deeply saddened by the ugly incident and hereby condole with the relatives of the deceased. He equally calls on the general public particularly the Vigilante men to always avoid taking the law into their hands but to promptly report any suspicious activities or person(s) within their domain to the nearest security agency with a view to proactively preventing reoccurrence of such dastardly act against the law abiding citizens of the state. It is further emphasized that the natives of our communities should imbibe the culture of peaceful coexistence with one another and to embrace each other with love and affection and to ensure that things are done within the ambit of the law. They should also eschew violence and reprisal attack against one another, as doing so will only exacerbate problems rather than solving them.” his statement read