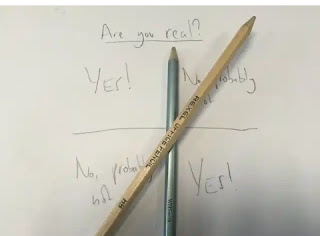 Charlie Charlie Challenge is a game which went viral recently across all social media platforms. We can see how many people are participating in this game with the hash tag #CharlieCharlieChallenge. For those who don’t know how this game is played, here is a detailed explanation below.
Charlie Charlie Challenge is also know as ‘Charlie Pencil’ and ‘The Pencil Game’. This game is easy to play and it is used to invoke spirit just like ‘Bloody Mary’ and ‘Candle Man’. This game invokes two pencils placed in a cross sign on a blank piece of paper with ‘yes’ and ‘no’ written on each side of the paper.

Player will start this game with the phrase; “Charlie Charlie, can we play?” Into rider to connect with the demon. The demon will shit the pencil to the positing he wants.
There are reasons why people should not participate in this challenge, I will be taking about two of them.
1. The challenge is Demonic

According to corners from Spanish internet, Charlie probably means a child who committed suicide, the victim of a fatal car accident, or a Mexican deity who now convenes with the Christian devil. The Mexican deity bit is demonstrably untrue.

This game involve the invocation of spirits which is not good for a religious person. This game is also demonic and it should be allowed in our societies.

2. Some people have reportedly died after playing this game. According to reports, Charlie hunts player who refuse to say goodbye before closing the game. 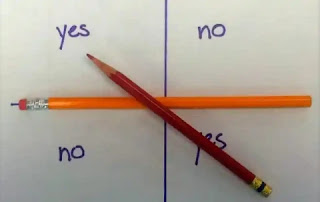 What are your thoughts on this? Drop your comments below and don’t forget to follow up for more interesting articles.