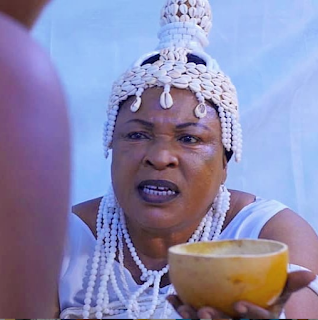 Her death was confirmed by the President of the Theatre Arts And Motion Pictures Practitioners Association of Nigeria (TAMPAN) Bolaji Amusan, known as Mr. Latin.

According to Mr. Latin, the actress died on Tuesday night, January 5. She was 60.

The cause of her death wasn’t revealed.

“Really a shock on everyone Iya Oosa, may God rest your Soul among the righteous,” Tunde added. 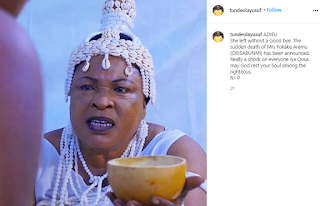 The news of her death comes four months after her ex-husband, Jimoh Aliu, who was popularly known as Aworo, died.

Orisabunmi was well known from the 80s for her roles as a priestess. She played some iconic roles like ‘Asabi’ in “Oluwerimagboojo”, and the priestess in “Ayanmo Eda”