A video has surfaced online, showing the moment a fan of Nigerian artiste, Naira Marley cut herself while trying to participate in a challenge introduced by the singer. 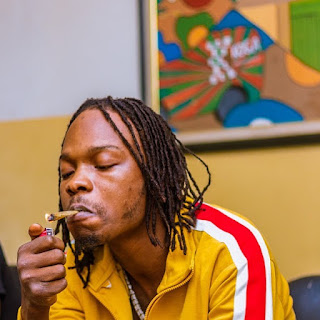 In the clip shared online, the lady known as Kiki Sparkles could be seen taking part in the #KOLEYEWONCHALLENGE as she stepped into a room holding a blade knife.

She walked into the room in a swagger-like manner while trying to execute the viral slow mo steps, but she however, did not anticipate the dangers of her next action.   Kiki walked towards the phone recording her and used the blade knife to act like she was cutting her forehead but unfortunately for her, she really sliced herself.  She realized this and started checking her forehead to ascertain the level of injury sustained.  Naira Marley shared the video on his Twitter account with the caption;  ”She mistakenly sliced herself doing #KOLEYEWONCHALLENGE’‘  Watch below: