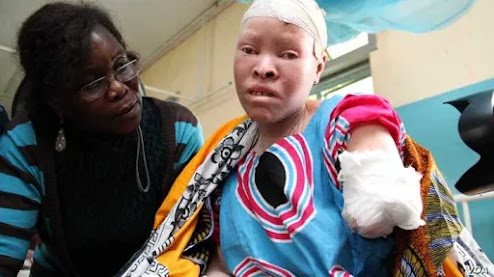 Albinos are one of the most endagered people in Tanzania, they’re hunted like animals and are mutilated and sometimes killed when captured. 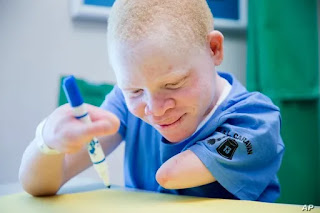 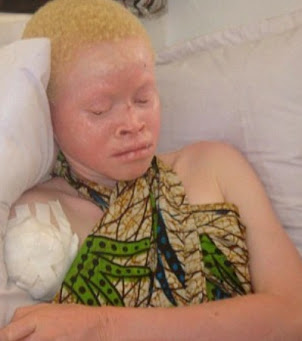 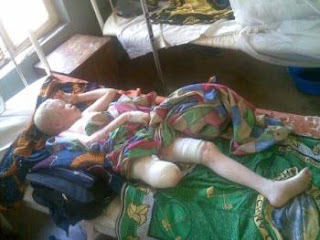 The wave of albino killings started decades ago, fuelled by the sale of their highly-prized body parts to witch doctors across the region who use them to concoct wealth-enhancing charms, people there believe that some body parts of albinos brings goodluck and wealth when used to prepare ritual charms.

This bizzare acts has been going on for years and has been flourishing to those involved in it, each year, dozens of albinos limbs and organs are harvested and sold to native doctors. 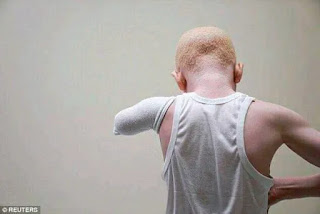 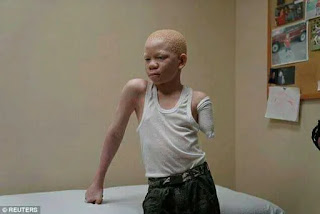 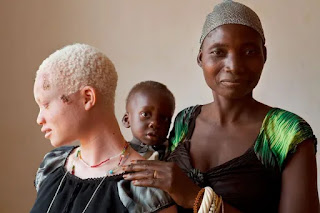 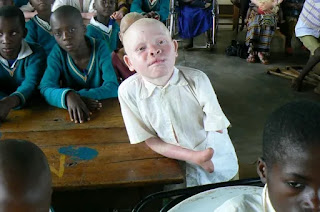 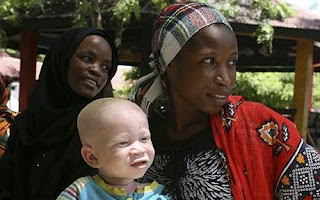 Albino’s body parts fetch a high price. They can range from $2,000 for a limb to $75,000 for a full set of body parts, sometimes some people from poor homes even sell out their beloved ones who are albinos to the native doctors and are rewarded with huge amount of money,some out of shame kill their child at birth when they find out that they’re albinos.

For clarity purpose, Albinism is a rare group of genetic disorders that cause the skin, hair, or eyes to have little or no color, and that’s because their bodies aren’t able to make a normal amount of melanin.