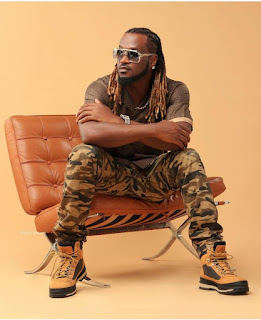 As we all know, Rudeboy is a very good musician who has many hit songs to his name. He is very talented and happens to be one of the biggest musicians in Nigeria and Africa at large.

The musician is also very rich as he owns a mansion in Lagos and has about six expensive cars worth Millions of Naira.

As earlier said, Rudeboy has recently told his fans, followers and the public at large the reason why he gave his life to Christ. He said it few hours ago via his official Instagram page. See his post below. 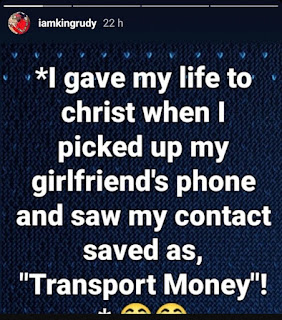 “I gave my life to Christ when I picked up my girlfriend’s phone and saw my contact saved as, “Transport Money”!