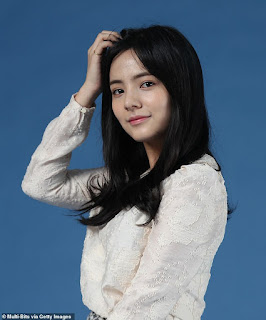 South Korean actress and model, Song Yoo-Jung has died mysteriously at the age of 26.
Her death was announced by her talent agency, Sublime Artist Agency on Instagram on Monday night Jan 25th with no cause of death given. She was found dead in Seoul on Saturday amid high rate of suicides by young entertainers in the country.
The actress’ agency confirmed a private funeral ceremony already took place, with a funeral procession to follow.
‘Song Yu Jung was a friend of ours who always gave us joy with her bright smile, and she was a wonderful actress who acted with passion,’ the statement read.
Song was best known for her roles in TV shows including Make a Wish from 2014-2015 and School 2017 in 2017. She also appeared in 2013’s Golden Rainbow and the 2019 web series Dear My Name .
In addition to acting, Song was an accomplished model, appearing in campaigns for Estée Lauder, The Body Shop, Baskin-Robins, Heart Percent, and several other brands.
Last year, she appeared in Standing Egg’s music video for the song “From Friends to Lovers.”