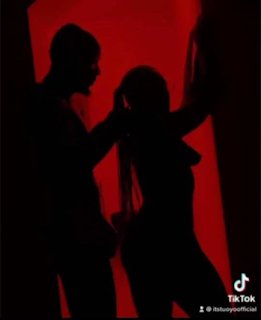 Big Brother Naija star, Tuoyo Ideh has joined the #silhouettechallenge with an X-rated video. The former reality show star, showed off his manhood and also had a girl grind on him as he joined the challenge in which social media users dressed down while dancing to Paul Anka’s song ‘Put Your Head On My Shoulder’ released in 1987, under red lights. Tuoyo shared the video with the caption; RATED 18,  Normal is Boring. #sillhouette #sillohettechallenge