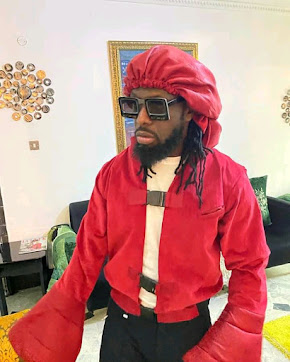 Inetimi Timaya Odon, Popularly known as Timaya, is a Nigerian singer and songwriter. He is also the founder of DM record label. 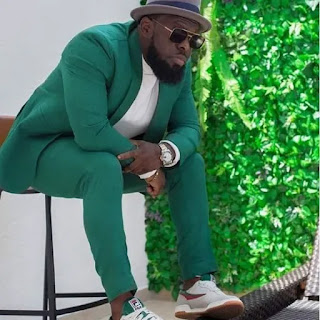 The singer is known for his hit songs, I can’t kill myself, Born To Win, Sanko, and many more.

The legendary artist has however warned trolls to stop comparing him with other artists.

Comparison of artists is very common in the Entertainment industry. It is not new that many musicians, actors, reality stars , and many more, have been compared to each other.

But Timaya does not seem to be interested in such as he finds comparisons disrespectful.

“E be like say una Dey reason me Les Les. Nobody should compare me to any rubbish again. What disrespect“ 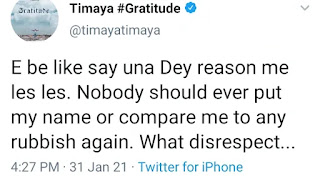 Reactions also followed suit as many people beloved the singer is right for warning trolls.

Some also claimed that the comparison is just a joke. 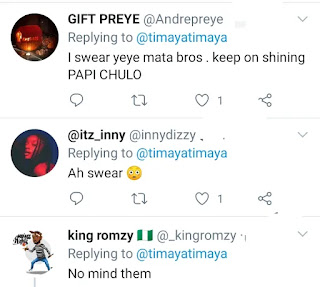