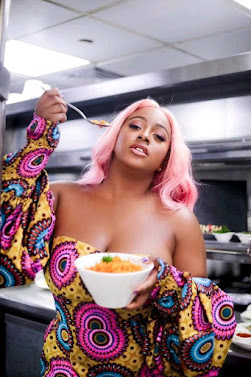 Nigerian disc jockey, musician and producer, Florence Ifeoluwa Otedola, professionally known as Cuppy, wowed her fans with her brave move to place a N10,000 bet on Manchester United winning Arsenal – A move which didn’t pay off. 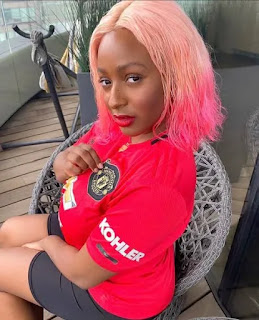 The 28 years old entertainer has made it obvious she is a football fan via various social media posts. She originally supported Arsenal, but then switched to support the red devils of England. 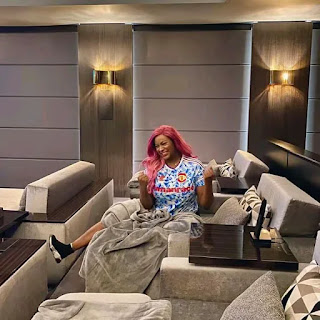 DJ Cuppy have made her love for Manchester United known through numerous posts on her social media handles. She took things further when she placed a N10,000 bet on Manchester United alone. She made this known via her Facebook page. 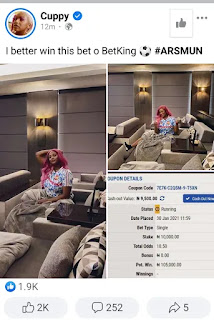 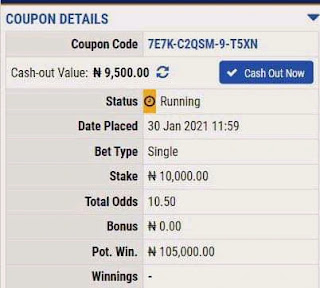 She was to win N105,000, if Manchester United beat rivals, Arsenal; and loose N10,000 if Arsenal win or draw – a loss which may count as nothing to the singers financial status.

Well, judging by the goalless draw at the Etihad stadium this evening, DJ Cuppy has now lost N10,000 as Manchester United failed to defeat Arsenal as her productions suggested.

The red devils won’t be the only ones lamenting the draw, but Cuppy also.

What do you think about this? 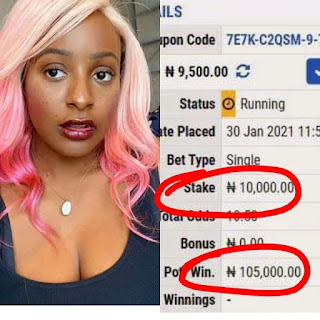