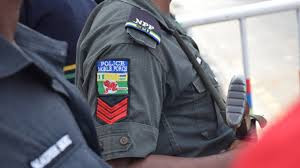 The Yobe state police command has arrested one Mohammed Faruk for allegedly raping a nonagenarian woman on Monday, February 8.
A statement released by the spokesperson of the state police command, Dungus Abdulkarim, said the incident happened in Gadaka town where both suspect and victim reside.
“On 8/2/2021 about 1400hrs police in Fika Divisional police Headquarters apprehended one Mohammed Faruk of Gadaka town, 35, who intruded into a 90-year-old woman’s room in same area of Gadaka, thereby molesting, assaulting and raping her.
On preliminary investigation the culprit confessed to the commission of the said alleged rape. Medical examination confirmed penetration and identified drips of semen.
The case is currently under investigation. In view of the recent rape cases reported the Command is committed to bring an end to this barbaric attacks on minors and even old age victims.
To this end, the Commission of Police Appreciated the cooperation of the good people of Yobe State and solicited for more,” the statement read