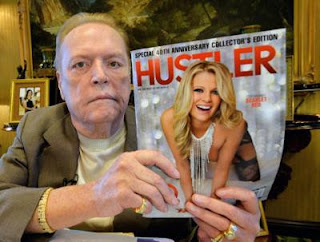 American porn mogul, Larry Flynt, who was best known as the publisher for Hustler Magazine has died at the age of 78.
He passed away on Wednesday February 10, at his Hollywood Hills home, his nephew, Jimmy Flynt Jr., confirmed to CNN.
The exact cause of death was not disclosed, but Flynt Jr. said his uncle had been in frail health for much of the past 30 years since a 1978 assassination attempt left him paraplegic.
“Larry was a rebel. He had a very complex personality. That’s why they made a movie about it,” Flynt Jr. said about his uncle.
Flynt lived a difficult life after being shot, but one that was marked by tremendous success, his nephew said.
“He wanted to be remembered as a person who pushed the boundaries of free speech and that the First Amendment was the cornerstone of democracy,” Flynt Jr. said.
Flynt launched the pornographic magazine Hustler in 1974. He went on to found Larry Flynt Publications, which produced other pornographic magazines including Barely Legal and Beaver Hunt. He also started other businesses including the Hustler casino in Los Angeles.
In 1978, Flynt was shot and paralyzed from the waist down in an assassination attempt by serial killer Joseph Paul Franklin, and restricted to a $17,000 gold-plated wheelchair for the rest of his life. 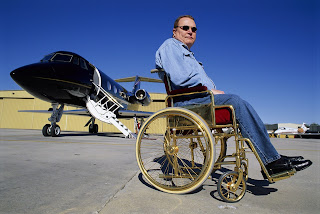 Flynt ended up filing a legal motion with the American Civil Liberties Union requesting to stop Franklin’s execution, telling CNN that he was against the death penalty. “The government has no business at all being in the business of killing people,” he said.
In October 2013, one month before Franklin was executed in Missouri for racially motivated murders not related to the Flynt shooting, Flynt wrote in the Hollywood Reporter that he did not believe in the death penalty and did not want Franklin put to death, but wanted vengeance.
“I would love an hour in a room with him and a pair of wire-cutters and pliers so I could inflict the same damage on him that he inflicted on me,” Flynt said.
Flynt also launched a brief presidential campaign, running against Ronald Reagan in the 1984 election. He later supported Democrats, including endorsing Hillary Clinton’s presidential run.
He was married five times and has four surviving children.