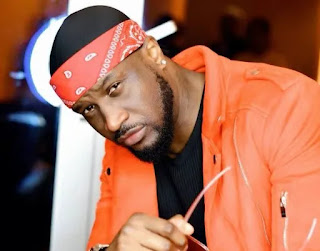 Mr. P of the former Psquare crew has thanked a fan who stood by him and revealed the man he has become and shade all the Criticism that is coming to him. Remember Nigerians and many people who are fans of Psquare each day remaining Mr. P that is high time for Psquare crew to come back alive again, asking him to reconcile with his brother and let peace reign. 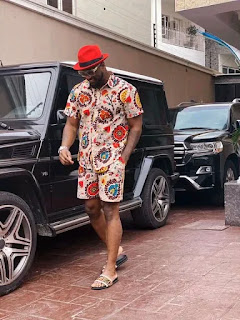 Fans repeatedly keep telling Mr. P that peace is the watchword and nothing should ever separate twin brothers who are made for each other. But it seems as if what fans are saying is not touching the twins as they both have moved on with their lives, doing things separately and keeping the distance and space.

The fans of Mr. P and Rudeboy often rant on their social media pages, some even beg for them to come back together, knowing how strong and powerful they are together. 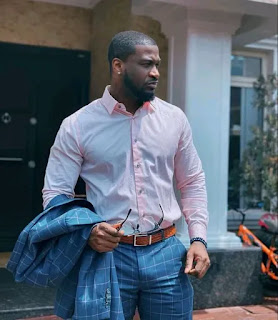 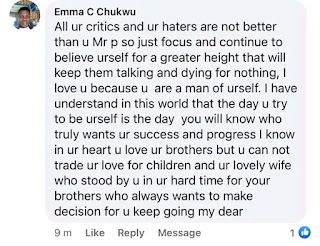 Emma Chukwu one of the fans of Mr. P has revealed who Mr. P is now and what fans should do. He made it known that people that are criticizing and hating Mr. P are not even better than him, he revealed that Mr. P is a man of himself, he also revealed that is only when you began doing things yourself that you will know who wants your success and failure.

Emma Chukwu made it known that in the heart Mr. P loves his brother but won’t trade his family and his wife for his brother. 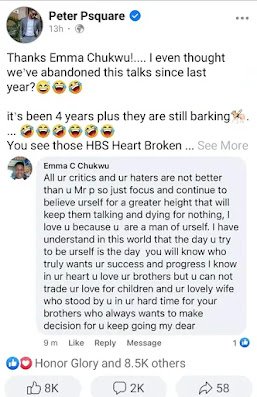 This made Mr. P applaud him revealing how people said things it will end up for him but it didn’t work and now they are saying he is childish and proud.

At some point, people decide to go solo and everyone should respect that decision and follow the trend. Mr. P already has disclosed that anyone that doesn’t love him should unfollow him or better still block him. 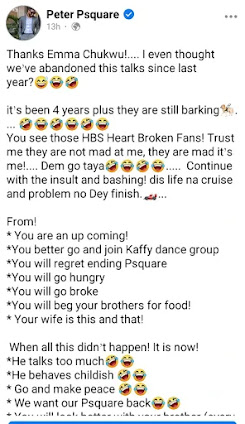 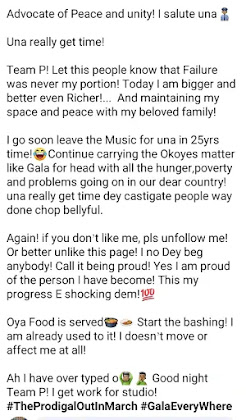 Is Team P now and Psquare is never coming back so the fans of Psquare should take heart and move on.