Peter Okoye who was formerly part of the now defunct popular music group called P-Square has said that he only separated from his brother and they did not kill anyone in the process after people were comparing his family issue with the violence in Nigeria. 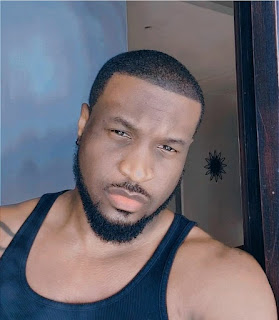 Recall that few hours ago, Peter Okoye made a statement concerning the ongoing tribal violence in Nigeria. While addressing the issue of tribalism, he revealed that he is an Igbo man who is married to a Yoruba lady and that he also grew up in the northern part of the country. He then added that people should stop the blood shed in the country as a result ethnicity, tribalism and racism.

As stated above, Peter Okoye has taken to his verified Twitter handle to make his critics understand the difference between his family’s case and the violence in Nigeria.

In his words, “Must we continue to kill each other before we realize that our government has failed us. I see some people even bringing my family issue into this matter! Abeg na separate we separate we no kill person! And nobody died!” 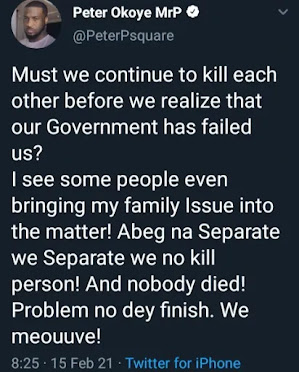 This post has been generating serious reactions from Twitter users who seems not to believe in his statement.

See some of their reactions below: 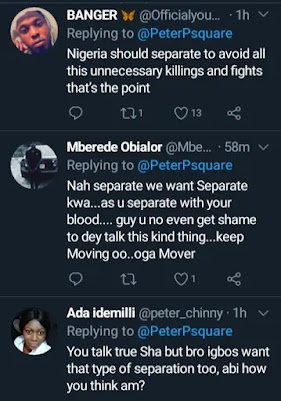 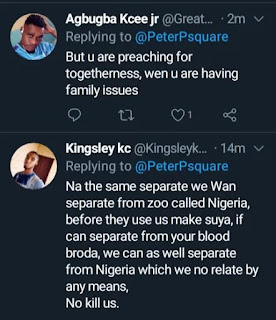 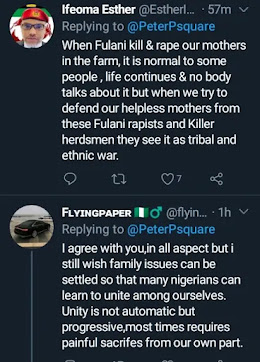 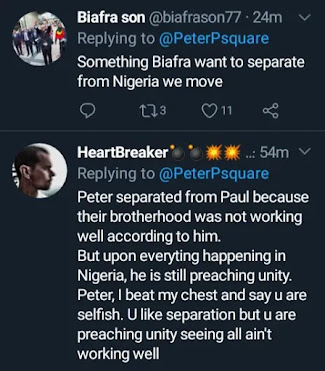