Paul Okoye, Rudeboy has reacted amusingly to claims that his song Reason With Me reached 90 million views on YouTube because there are so many poor people in the world. 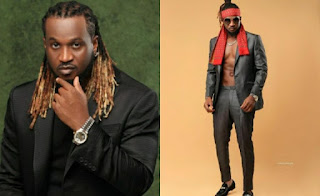 While some are amazed by the numbers, others are of the opinion that it is because poor people are abundant in the world, which is why the song Reason With Me has more than 90 million views on YouTube.

Rudeboy reacting to that only burst out laughing using some laughing emojis to express his feelings about the idea of ​​Reason With Me reaching 90 million because poor people are enough and not because it is a good song.

Rudeboy has already celebrated his song having over 90 million views on YouTube and he hopes to hit 100 million very soon, so whatever anyone thinks about it is not a problem for him. 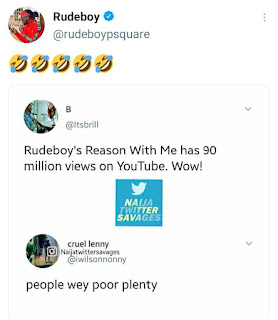