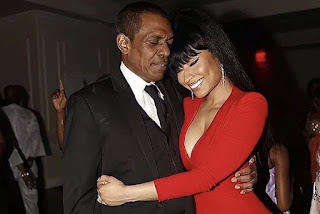 The alleged hit-and-run driver who killed Nicki Minaj’s father has reportedly turned himself in to law enforcement
Robert Maraj, 64, was hit by a car that kept going in Mineola, Long Island at 6:15 p.m. last Friday, according to a spokesperson for the Nassau County Police Department. He was taken to a hospital where he was pronounced dead on Saturday.
According to Page Six, the alleged hit-and-run driver turned himself to police on Wednesday morning.
Nicki, 38, who was born in Trinidad and Tobago and raised in the Queens borough of New York City, is yet to publicly address the death of her father.
In 2010, the rapper described her father as violent towards her mother, telling Rolling Stone that he once set fire to their home with her mother inside.
“I remember when my mother would let my father be violent with her and she always brings up this story about when I was a little girl and I would stand in front of my mother,” the singer said, demonstrating how she put her arms out for protection, in her 2018 documentary Queen.
“That’s why maybe some people would describe me as abrasive or bitchy or whatever because I vowed from that age no man would ever abuse me, call me out my name, treat me like that. Then all of a sudden, that was my life.”