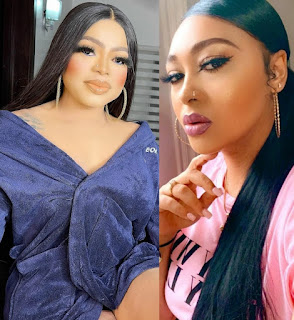 Bobrisky has slammed Rosy Meurer for the latest video she released to deny allegations she was the reason for Tonto Dikeh and Olakunle Churchill’s split.
In two separate posts, Bobrisky told Rosy to shut up because ”no one needs an explanation from her.”
The cross dresser who is friends with Olakunle Churchill’s ex-wife, Tonto Dikeh, also called Rosy a “female village parrot.” 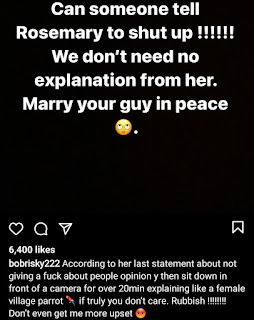 He also called her the “no 1 husband snatcher” then pointed out that she finds it difficult to call Churchill her husband. 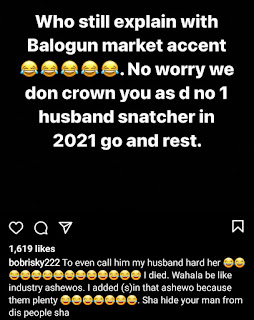