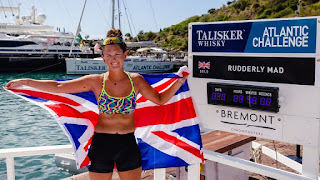 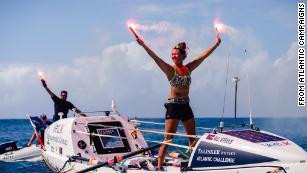 Along the way, she had a “near collision with a drilling ship, two capsizes, lots of peanut butter and Nutella consumed,” Harrison posted on Twitter.
Harrison wrote on her website that she was inspired to take part in the challenge when she saw the 2018 race finish while teaching swimming in the Caribbean.
“It wasn’t just watching and holding the flares at Nelson’s Dockyard for a race finish that inspired me, it was also talking to a family member of a lad that had just completed who told me just how much of an amazing thing it was. I didn’t say ‘not a chance I would do that,’ it was more a fact of why not do it?” she wrote.
She wrote on her Facebook page that she hopes “to bring inspiration to young people that it is okay to go at things alone,” according to her Facebook page.