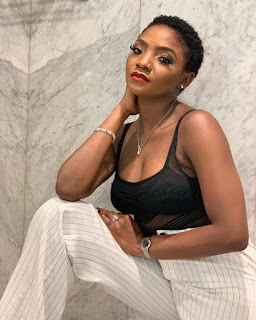 Singer Simi has taken a swipe against people who shame others for doing honest hard work to eat.
In a tweet she shared, the singer stated that such people are dumb and also broke in their “dirty belief”.
Simi tweeted;
If you shame people for doing honest, hard work to eat, talmbout “they are peasants”, you dumb. Meanwhile you broke. Broke and proud and loud af in ur dirty briefs.