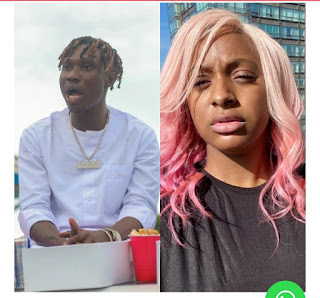 Following that, people dragged the beautiful DJ, calling her a stingy girl and a debtor and saying “she doesn’t change lives with the money she has, all she knows is to flaunt exotic cars and expensive outfits on social media”.

Recall that DJ Cuppy before the news started flying around, tweeted about Zlatan Ibile blocking her on social media. And Zlatan when he was being asked during an interview why he did that, he acted like he has never heard of the name ‘DJ Cuppy’.

Florence was really dragged on Twitter and Instagram. Her comment boxes are always filled with negative comments, however, it seems the disc jockey is finally ready to show people that the word ‘stingy’ doesn’t suit her.

DJ Cuppy has taken to her Twitter page to make a move of helping her fans who are in school as she asked them what their biggest problem is as students.