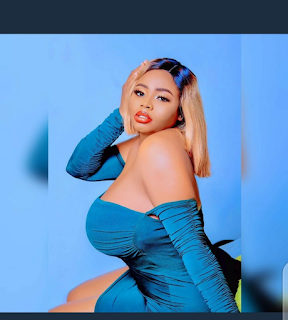 Asking a woman out on a date can be a scary thing for a guy especially if the woman looks so beautiful. Fear of rejection is one of the main reasons men do not approach the lady of their dreams. However, this can also have an effect on the women because they now thing they are not desirable if men do not approach them. This lady went on Twitter to share her struggles in the dating game. She went on to say she does not know why guys are scared to talk to her. Talking is an important part of courting and good conversation will eventually lead to more dates.

Many people replied to her and said maybe it is her massive chest that men are scared off. Some men might think they are out of her league and she will not even give them a chance. Another man said it is because women are always asking for money especially those with wigs and fake eyelashes might be expensive to date. So generally men will stay away from those kind of ladies with fear of being used for money. Hope some guy is finally brave and talks to her before it is too late.