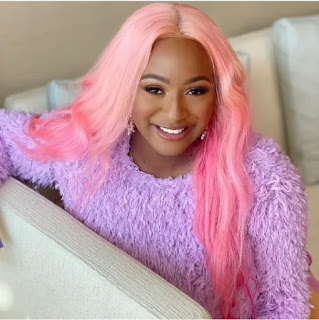 Florence Otedola ifeoluwa popularly known by her stage name DJ Cuppy is the daughter of Nigerian businessman and philanthropist Femi Otedola. DJ Cuppy grew up in Lagos and later moved to the London when she was 13. She was born on the 11th of November 1992. DJ Cuppy schooled in Lagos, she attended Grange school, Ikeja. But she did a A level in London. She graduated from King’s college in London with a degree in Economics and business. She acquired a master degree in music business in New York University.

DJ Cuppy has been in collaboration with top music stars, with the likes of Zlatan Ibile, Sarkodie, Tekno, Fireboy, Stonebwoy, Teni Entertainer, Rema, Ms Banks and many others.DJ Cuppy announced a huge news to her parents on her Instagram page, after she she was accepted into Oxford university for masters.

She announced this saying:” huge news and I had to tell my parents first…. I’ve been accepted into Oxford university for a Masters degree”. She dedicated this to her father and her mother. Her parents were very happy for her. Press the link below to watch video: