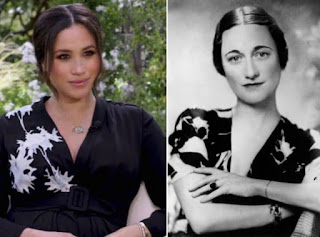 Before Prince Harry, who stepped back from his royal duties to protect his wife, there was King Edward VIII who abdicated his throne so that he can marry an American socialite.

King Edward VIII is Prince Harry’s great-uncle. He gave up his throne to marry American socialite, Wallis Simpson, when it became apparent he could not marry her and remain on the throne.

Edward was a king for only 326 days, making him the shortest reigning monarch in British history.

His abdication gave room for his younger brother, George VI, who is Prince Harry’s great-grandfather, to become King.

For Meghan Markle’s bombshell interview with Oprah Winfrey, she wore a dress that has now been compared to a floral dress Wallis Simpson wore in a photo taken before King Edward abdicated the throne to marry her.

Meghan Markle’s hair was also styled in a modern version of Wallis Simpson, Duchess of Windsor’s hairstyle in the iconic photo.

He shared a merged photo of Wallis Simpson and Meghan Markle and wrote: “Might be time to ban our Princes from marrying American women.” 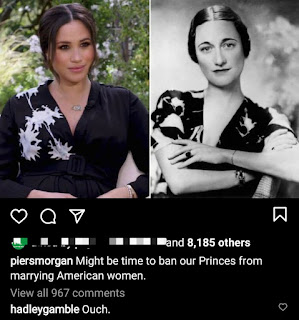 While some of his followers supported him in trolling Meghan, others called him out and told him his obsession with Meghan is becoming embarrassing. 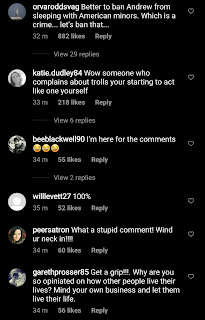 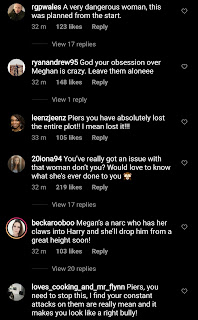