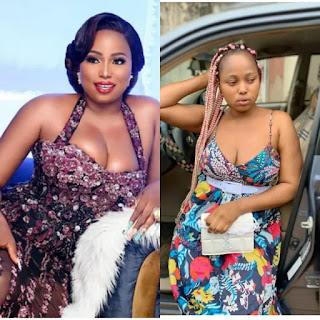 Nigerian fast rising and endowed actress, Zainab Bakare clocks 33-years-old today. The actress and brand influencer has taken to her Instagram page to celebrate herself and dropped beautiful pictures. Fans and fellow actresses in the industry have started pouring in wishes for the actress. The actress also doubles as a model and an entrepreneur. She’s the CEO of “Off the Peg”, an online store where she sells clothes. Zainab was born in 1988 in Lagos state. She’s an alumnus of the Moshood Abiola Polytechnic where she obtained a diploma in Mass Communication. She was introduced to the industry by Omowumi Ajiboye. She has been consistent and has featured in many interesting movies alongside many superstar actors and actresses.

Zainab Abike Opeyemi popularly known as Zainab Bakare is indeed a very beautiful actress. She once commented that her hips attracts men to her in an interview. As she celebrates her 33rd birthday today, checkout some of her adorable pictures.