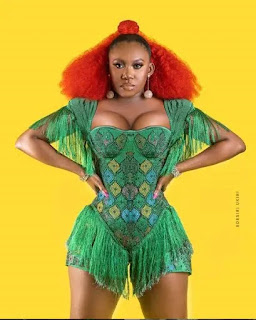 Niniola Apata is a Nigerian singer and songwriter who goes by the stage name Niniola. In 2013, she took part in the sixth season of Project Fame West Africa.

In 2017, Niniola released the single “Maradona,” which was produced by Sarz.The song spent 13 weeks at the top of South Africa’s Metro FM chart, including 6 weeks at the top.Niniola was nominated for “Maradona” at the 2018 BET Awards and SAMAs.Drake, a Canadian rapper, and Timbaland, an American record producer, both gave her props.