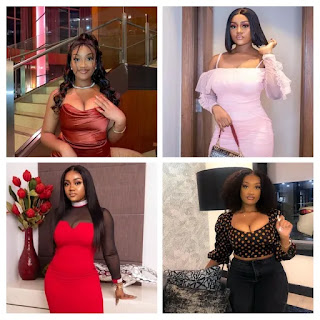 A beautiful lady took to her Twitter handle @MzPhoenix to post photos of herself and Davido’s baby mama Chioma, which caption, “I’ve been told Chef Chi and I look alike, What do you think?”

Below are photos she posted and a screenshot of her tweet. Below are Chioma photos There are many looks alike people in this world in which if people see them they look like twin-born from a single woman but they are not even related by blood at all.

If someone didn’t look at the above photos carefully there may be some mix-up because they have the same body and almost the same face.

Below are some of her photos she posted on her Twitter page. Did you think she really looks alike with Chioma?