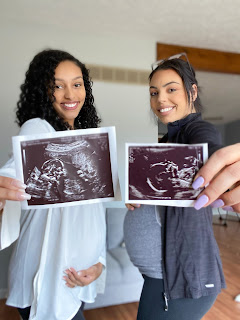 A lady has revealed that she and her sister are pregnant and are both having girls on same due date.

This is not the first time both sisters have been pregnant same period.

The lady disclosed that her son and that of her sister are 4 months apart. She described their pregnancies as unplanned.

My sister and I have had 2 unplanned but shared pregnancies. Our sons are 4 months apart exactly, we have the same due date this time, and are both having girls

Yes unplanned we both have young kids so we definitely didn’t intentionally get pregnant at the same time. You can’t even plan when you ovulate or the genders even if you tried. Also I’m married she’s engaged we’re old enough to be having sex it’s not a secret 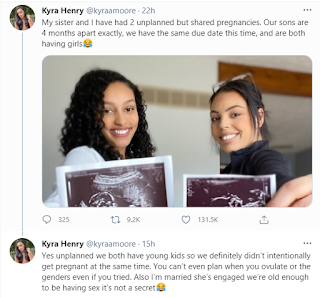