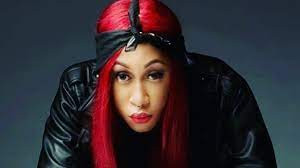 Pop singer, Cynthia Morgan, clashed with a Twitter user who via his tweet opined that her lifestyle contributed to her ”stunted growth” in the music industry.

The Twitter user with the handle @Kingezzy_ had tweeted

”Cynthia Morgan would’ve been the biggest female dancehall artiste export out of Africa… but her label & lifestyle fucked her up.”

Cynthia spotted the Tweet and inquired from the Twitter user what her lifestyle was. An unsatisfactory reply from him caused Cynthia to describe him as a Useless person.

See their exchange below 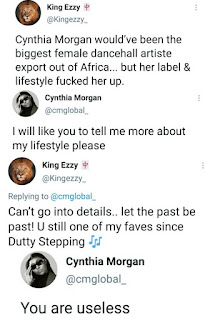