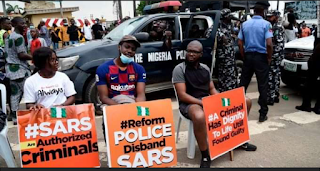 – Members of the new special police force have been deployed

– Recall that following the EndSARS protest, the new Special Weapons and Tactics Team was formed

– They have been deployed to fight armed robberies in different formations

The police authorities have deployed officers of the new Special Weapons and Tactics Team in state commands, Minister of Police Affairs, Mohammad Dingyadi, has said.

Dingyadi stated this on Friday while featuring on Channels Television’s ‘Politics Today’ programme.

He said, “They (SWAT officers) have ended their training and they have been posted to the state police commands that brought them for training. They are there with them and they are performing the functions of the SWAT.”

Adamu had announced the formation of the Special Weapons and Tactics Team to replace the disbanded Special Anti-Robbery Squad.

The SWAT officers were subsequently deployed in police formations across the country to fight crimes particularly robberies.

Meanwhile, elder statesman, Tanko Yakassai, has claimed that the recent EndSARS protest in some parts of the country was sponsored by politicians.

According to him, the youths were incited to do what they did. He said the youths should be told that they can agitate but not to revolt.

He insisted that the protest had leaders who were inciting them to rise against the country.

In another report, Legit.ng had reported that the Nigerian Army has told an investigating panel that soldiers who were deployed to disperse EndSARS protesters in Lagos took live rounds to the Lekki tollgate on October 20, 2020.

The commander of the 81 division of the Nigerian Army, Brigadier General Ahmed Ibrahim Taiwo, made the disclosure before the judicial panel set up to probe the incident.

The army commander, however, claimed that soldiers did not use the live rounds on the protesters.