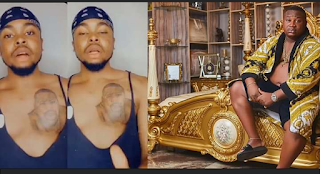 A young man has been left heartbroken after he got a Tattoo of his favorite Celebrity, but was completely ignored by the said Celeb. 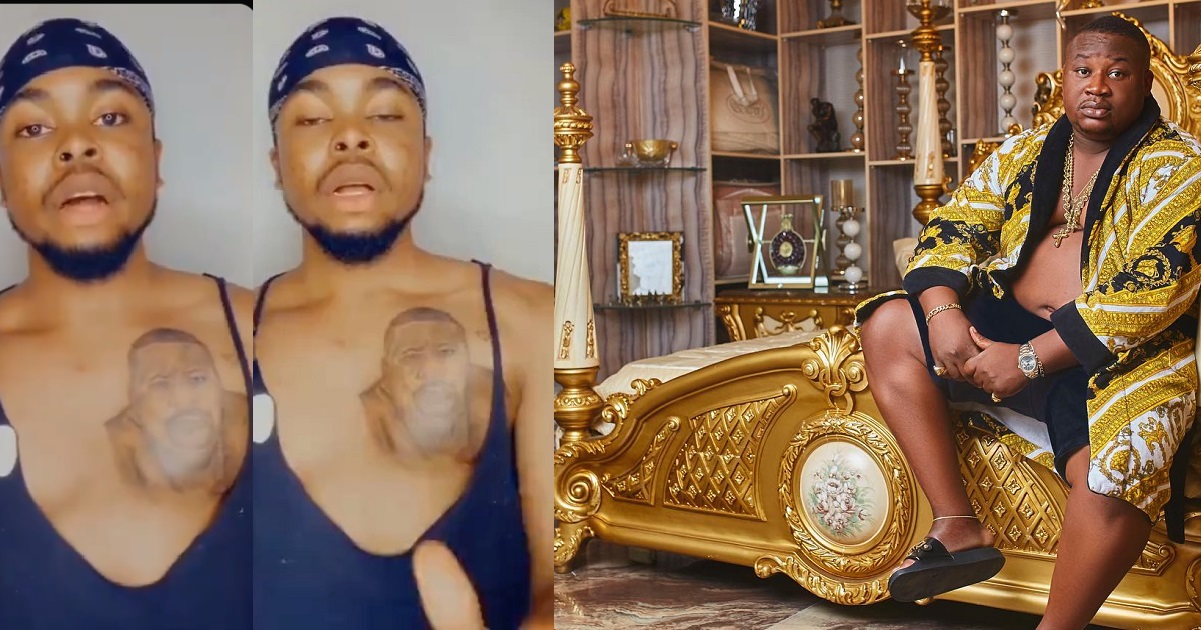 A die-hard fan the celebrity barman, Pascal Okechukwu, popularly known as Cubana Chief Priest has cried out after he inked a tattoo of the star on his body and got no response from him.

The young man introduced himself as Henry, a make-up artist and hairstylist. He expressed disappointment due to the fact that he inked a tattoo of Cubana on his chest in hisown little way to celebrate him on his birthday, but up till this point, the barman has not responded to the post to acknowledge what he has done.

He claimed he did it because he loves Cubana Chief Priest maintained that he is unapologetic about his decision.