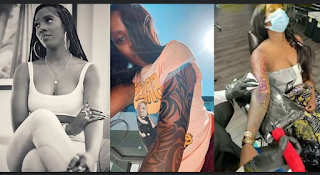 Award-winning Nigerian singer, Tiwa Savage has joined the league of celebrities with full sleeve tattoo as she shows off her latest body art. 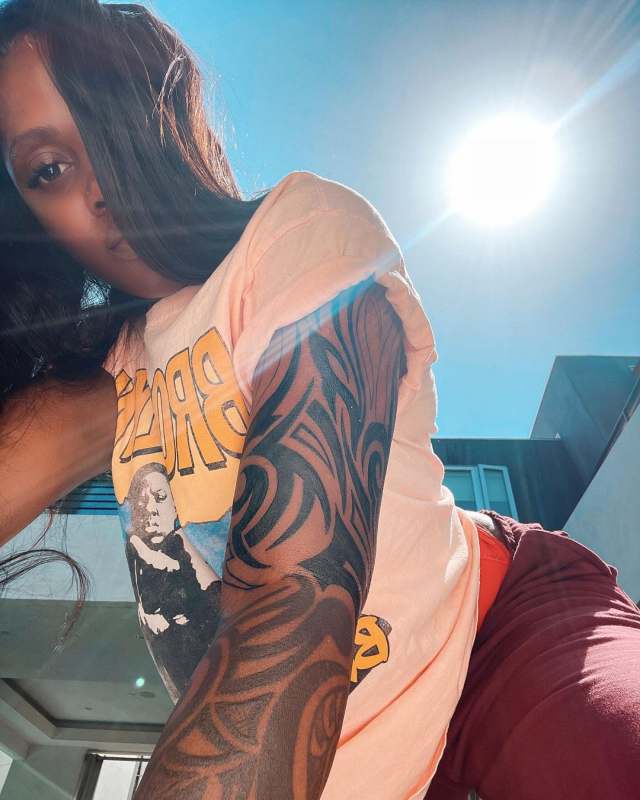 The 41-year-old mother of one took to her social media page to share a photo and a video clip of the freshly inked tattoo and described herself as the number one African bad girl. 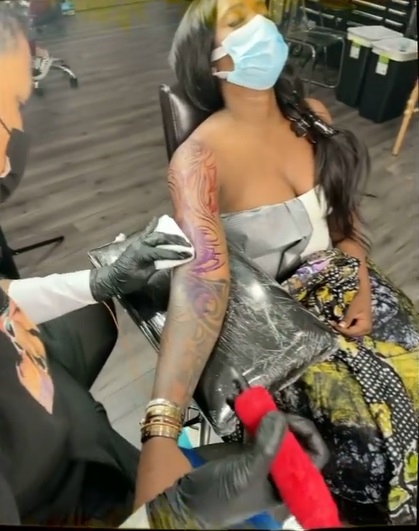 She captioned the eye-popping art, “Also known as 1ABG.”

Tiwa Savage’s premuim tattoo has gotten her fans, followers, and her colleagues talking on social media as they shower her with praises for the bold move.

Read some reactions below:

moetabebe wrote, “Ayyy you did it!!! looks really good.”