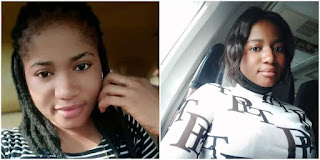 – The comedian reportedly died on the morning of Wednesday, April 21

Condolence messages are pouring in for the family of Ada Jesus as the comedian has passed away on the morning of Wednesday, April 21.

Human Rights activist Gwamnishu Emefiena Harrison, who has been taking care of the comedian, confirmed to Music-wap.com via a phone call that Ada is dead.

A lady called Maria Ude Nwachi also shared a photo of the comedian with the message of her death on Facebook.

A few days ago, the comedian was surrounded by well-wishers as she celebrated her birthday at the hospital.

The young lady, who battled kidney disease before her death, sought the forgiveness of people she offended including actress Rita Edochie and controversial prophet Odumeje.

about an hour ago

As soon as Maria shared the sad news online, Nigerians took to her comment section to mourn the comedian.

“Chai Ada Jesus finally kick off, o my God. May her soul rest in peace.”

“Thank God she found peace with her inner self by asking for forgiveness from those she felt she offended.May her soul rest in peace Amen.”

“Oh my goodness. Chai. What a painful and pathetic news.”

“Thank God she asked for forgiveness from those she offended, the well-being of her soul is what matters.rest in peace dear.”

“She believed in superstition and ignored medical helps, even when people were ready to fly her abroad. May her soul RIP.”

“Death is a general Clarion call for every living being, rest in peace Asa.”

“RIP Young girl. Your life is an example to all of us. Many may see baggage from your life, but I chose to take all the positives from u. Rest in Power.”

“So sad. God have mercy on her soul and grant her eternal peace in His kingdom.”

According to her, the only thing she did was beg singer and traditionalist Pericoma after Prophet Odumeje insulted him and his family.

The comedienne admitted to saying ill things about the prophet but insisted he isn’t the cause of her sickness.

She also disclosed that her kidney disease which she’s been suffering for over a year became worse after she failed to abstain from some things.