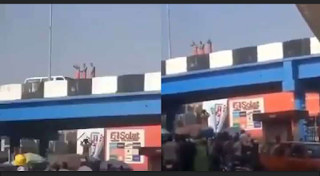 A video making the rounds on social media shows the moment three people were seen bathing on a bridge in broad daylight.

The people were clad in just red wrappers around their waist as they scrubbed their body with soap on a bridge in Ibadan. 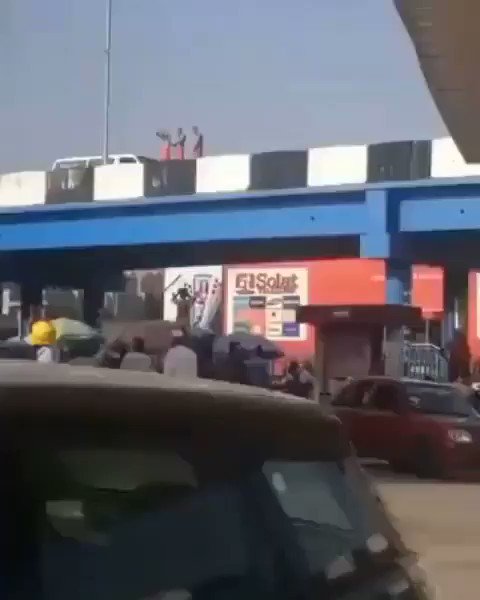 The man filming the scene is heard saying that the people came with “army” as escorts.