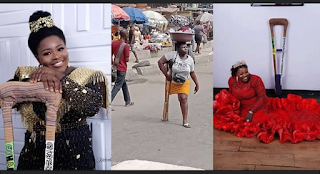 In a shocking new development, it’s been revealed that the viral amputee hawker who claimed to have lost a leg in a terrible accident that claim the lives of her parents as well, was lying about that story in a bid to extort money from Nigerians. 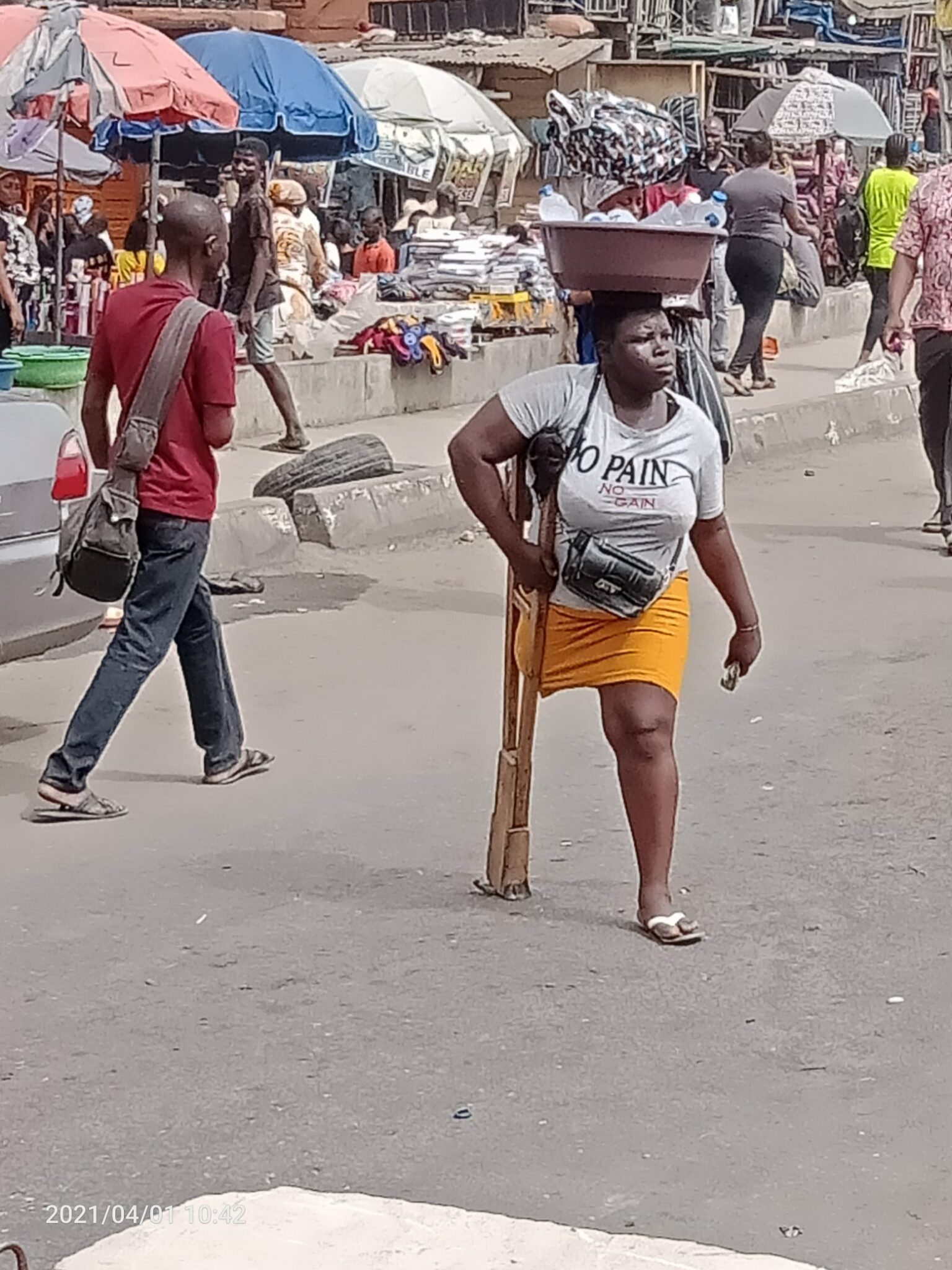 A report by The Nation earlier this evening, gives details of how the shocking revelation came to be… Read below,

Claims by Mary Daniel, the Oshodi amputee hawker that she lost a leg in an accident that killed all passengers, including her parents when she was a teenager, have been discovered as false, The Nation learnt on Wednesday evening.

Daniel became a sensation weeks ago after pictures of her selling water at Oshodi emerged on social media and attracted sympathy from Nigerians across the world.

Daniel, in an interview, claimed she was an orphan with a baby and an aged grandmother to fend for.

She narrated how life dealt her several blows and she had to drop out of school and hit the streets to make ends meet.

Following her harrowing tales, Nigerians started donating money through her bank account made public with about N25m raised.

This prompted the state government to immediately shelter her to prevent criminals from taking advantage of her sudden fortune.

Just few days ago, a celebrity birthday party was held in her honour featuring many cakes, fanfare, photoshoots, among others.

All was going well for the young lady until the state government discovered on Thursday her father was alive.

It was also detected she was amputated from birth.

It was gathered Governor Babajide Sanwo-Olu immediately handed her over to officials of the social welfare for investigation following revelations her case was staged.

Daniel, it was gathered, was receiving strange calls from those who staged her story with threats to reveal the truth unless she gave them their share of the money.

It was learnt Sanwo-Olu handed her over to officials of welfare in the presence of the police and some Kogi leaders, who attested her father was alive.

Commissioner of Police Hakeem Odumosu told The Nation the young woman was in the custody of officials of the Social Welfare and not the police as earlier reported.

“The police were there but she was not handed over to us. She was handed over to the Social Welfare. There were irregularities and lies in the account of her life she gave.

“It was also discovered that her presence in Oshodi was staged. Those working with her played on the intelligence of Nigerians to get donations for her.

” It came to light when the people started threatening her. She promised some N500,000 others different amounts and was planning to return to her home state when the information leaked.

“I had to attach some policemen to her to prevent any attack on her when she went to the bank. We suspected those people might follow her but everything went well as they were not seen.

“Presently, the state government is preventing her from accessing the money.

“The government does not want a situation where it will become a trend for people to cook up stories, manipulate the people to get donations,” Odumosu explained.

Culled from The Nation