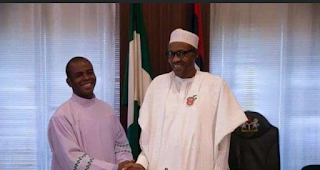 The ruling All Progressives Congress (APC) has hit hard on the spiritual director of Adoration Ministry, Rev. Fr. Ejike Mbaka, over his call for the National Assembly to impeach President Muhammadu Buhari.

Vanguard reports that Yekini Nabena, the APC deputy national publicity secretary, on Friday, April 30, in Abuja, cautioned Mbaka, against making statements that could cause instability in the country.

Recall that the fiery priest had asked NASS to impeach the Nigerian leader if he fails to resign over insecurity in Nigeria. 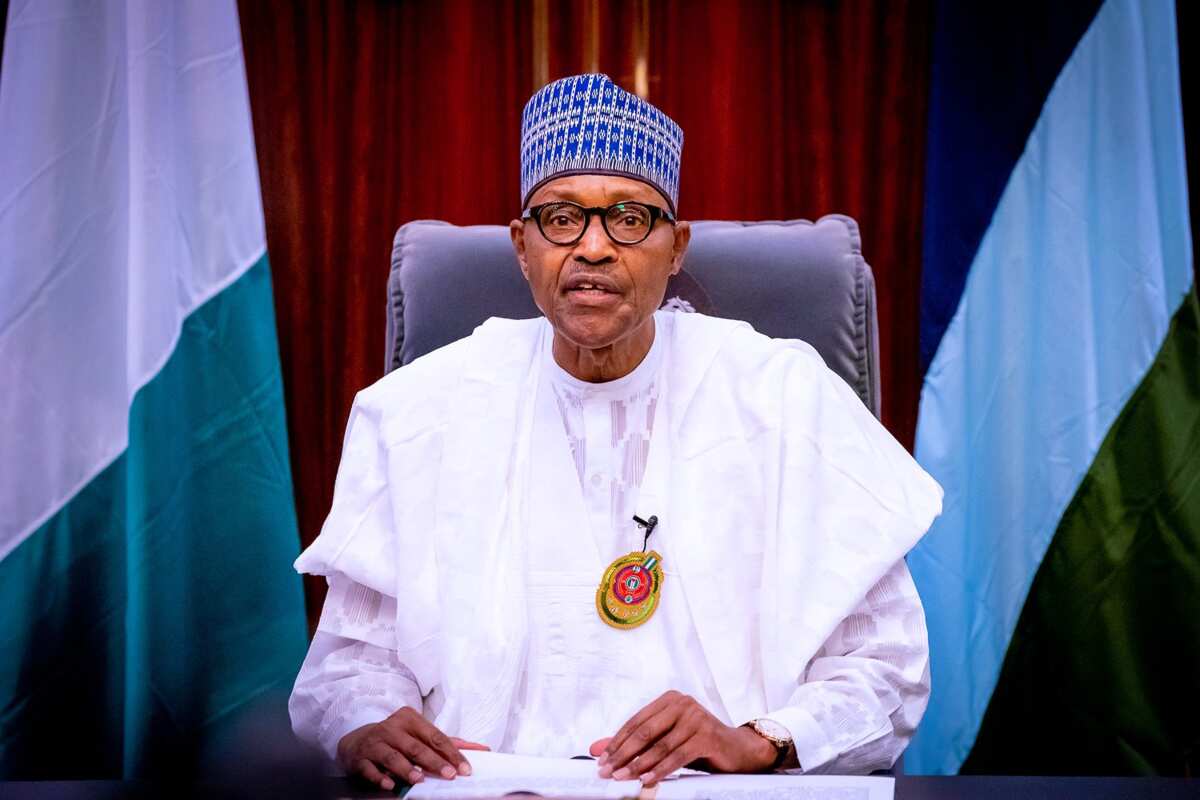 He made it clear that he was not happy with the current administration as he accused Buhari to “maintaining grave silence” despite the widespread killings in the country.

The cleric added that Nigerians are in tears because the country lacks empathic leaders who have failed them woefully.

The party, in reaction to Mbaka’s statement, said it was unfortunate that a man of God who is supposed to deploy spiritual means of averting crisis is the one threatening a democratically elected government.

Speaking further, Nabena stated that Mbaka calling on Buhari to either resign or be impeached because of the country’s challenges is ungodly, according to the International Centre for Investigative Reporting.

Nabena also threatened to expose, the priest before the Vatican and Pope if he does not concentrate on his spiritual calling and desist from speaking like a politician.

The APC deputy national publicity secretary in reference to a bible scripture about Christ calming a storm explained that Jesus instead of blaming anyone prayed and calmed the storm.

He questioned who Mbaka was emulating because Jesus Christ during his own time did not threaten to bring down the government.

Meanwhile, a former Kaduna Central senator, Shehu Sani, reacted to the development. According to him, Mbaka realised it was not the promised land after he crossed the Red Sea to Yemen. 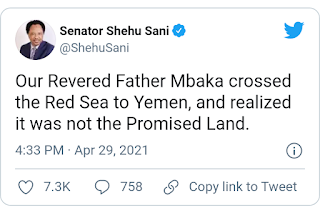 Back in January, the Catholic priest prophesied the end of President Buhari’s regime. Speaking during a church ministration, Mbaka said this will depend on the president’s ability to act fast and save his government.

The cleric advised Buhari’s government to create employment opportunities before Nigerian youths embark on restiveness that may consume this administration.