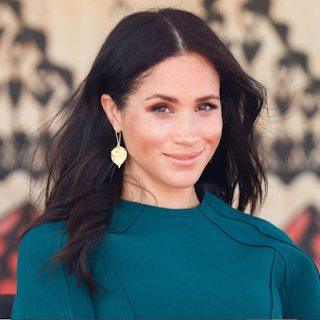 The Duchess of Sussex has won the remainder of her copyright claim against the Mail on Sunday over the publication of a letter she wrote to her estranged father.

Meghan, 39, sued Associated Newspapers Limited (ANL), the publisher of the Mail On Sunday and MailOnline over a series of articles which reproduced parts of a handwritten letter sent to Thomas Markle, 76, in August 2018.

She claimed the five articles, published in print and online in February 2019, misused her private information, infringed her copyright and breached the Data Protection Act

Lord Justice Warby granted summary judgment in Meghan’s favour today, May 5, after the Queen’s lawyers said the letter is not owned by the Crown.

Back in February, Meghan Markle won most of her claim for misuse of private information and copyright infringement. The High Court granted her summary judgment in relation to her privacy claim, meaning she won that part of the case without having to go to trial, as well as most of her copyright claim.

However, the court still had to settle who owned the copyright.

Associated Newspapers Limited (ANL) – the publisher of the Mail on Sunday and MailOnline – had previously argued the Duke and Duchess of Sussex’s former communications secretary Jason Knauf was a co-author of the letter, meaning its copyright belonged to the Crown.

At a remote hearing on Wednesday, May 5, Lord Justice Warby granted summary judgment in relation to the remaining parts of the duchess’ copyright claim, after lawyers acting on behalf of the Queen said it does not belong to the Crown.

Today, the High Court heard that Mr Knauf has “emphatically” denied being a co-author and that lawyers representing “the Keeper of the Privy Purse, acting on behalf of Her Majesty the Queen” told Meghan’s solicitors they “did not consider the Crown to be the copyright owner”.

Ian Mill QC, for the duchess, said that the Keeper of the Privy Purse’s lawyers had written to Meghan’s solicitors “disclaiming any claim to copyright on behalf of the Crown”.

In written submissions, Mr Mill also said that Mr Knauf’s lawyers confirmed he did not write the letter to Mr Markle and “it has never been his belief that he was an author”.

The court heard that his lawyers said: “Mr Knauf did not draft, and has never claimed to have drafted, any parts of the electronic draft or the letter and would never have asserted copyright over any of their content.

“In our client’s view, it was the duchess’s letter alone.”

Mr Mill added: “This unequivocal statement of Mr Knauf’s position also gives the lie to the defendant’s inferential case, in its defence to both the privacy and copyright claims, that the claimant considered using the letter ‘as part of a media strategy’.”

He said Meghan “shared a draft” of the letter with Harry and Mr Knauf “for support, as this was a deeply painful process that they had lived through with her”.

“Mr Knauf was responsible for keeping the senior members of the royal household apprised of any public-facing issues, the media spectacle surrounding Mr Markle being one such issue,” Mr Mill added.

He told the court that Mr Knauf “suggested that a reference to Mr Markle’s ill-health be included”, which Meghan did, but that “Mr Knauf did not suggest any specific wording”.

Mr Mill asked Lord Justice Warby to grant summary judgment in relation to the remaining parts of Meghan’s copyright claim, arguing that ANL’s case on the ownership of copyright in the letter “has been shown to be completely baseless”.