busty lady who went viral days ago over the dress she rocked to a party over the weekend has finally spoken up. 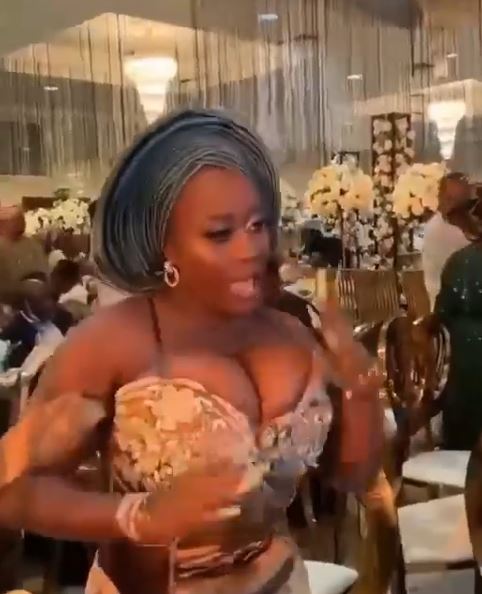 Speaking about her family reaction since the video went viral the lady simply identified as Debo Dacosta, revealed that her mother cried and her brother is still angry at her and vowed not to talk to her again. 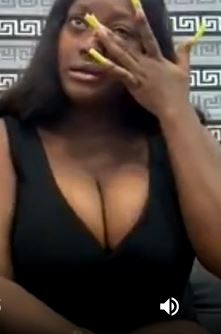 Social media went agog over the weekend after a video of the beautiful busty lady in an outfit which put her bosom on display found its way to the internet.

In an interview with investigative journalist, Kemi Olunloyo, the lady stated that although the party was a family event she would have still rocked a similar outfit to any other party.

“I will dress the same way, for me to wear it to my family party definitely I’ll wear it to your own party too.

“Anybody can wear that dress, its because I’m busty that’s why they are shouting. If it was one celebrity that’s putting on that dress they wont say anything… What I was putting on is not bad.

“My brother called and was so angry, he was like he wont even talk to me again”.

Watch the viral video below,