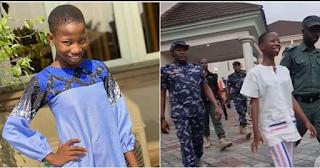 A young man called @official_emmolak recently got the attention of kid comedian Emmanuella on social media.

This was after she shared a video that got her fans showering her with accolades on social media. In the video, Emmanuella was spotted with security officers as they moved slowly behind her.

The young comedian then noted that she was at work. 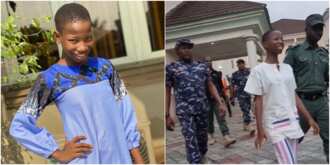 Comedian Emmanuella shares a video of herself with security officers. Photos: @officialemmanuella

@official_emmolak, however, stated that he could not a bulging stomach.

Emmanuella spotted the comment and responded to it. According to her, it is obvious in the video she posted that she is not pregnant

Emmanuella further explained that @official_emmolak must have heard a rumour that she was.

Check out their conversation below: 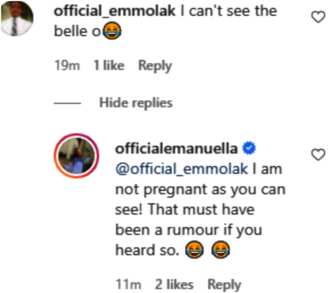 Comedian Emmanuella replied to a man who assumed that she is pregnant. Photo: @officialemmanuella

Meanwhile, Emmanuella’s post attracted some beautiful comments from other followers.

“U are a true definition of the young shall grow.”

“Good for you before these sponsored kidnappers go thief you for us.”

Emmanuella shared photos of her uncle MarkAngel and his daughter as they posed for the camera.

In the photo, the comedian was dressed in a shirt and trouser while his cute daughter donned an ankara outfit. The father and daughter also struck the same pose.

Noting that MarkAngel has always been there for her, Emmanuella prayed that he would never lack any good thing.