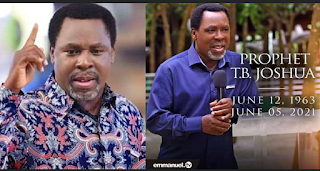 The Founder of the Synagogue, Church of All Nations, Temitope Joshua, better known as Prophet TB Joshua, is dead.

Joshua reportedly died on Saturday night in Lagos after concluding a programme at his church.

The church and his family have officially announced his death. He was 57. Plans were underway for his 58th birthday. Joshua was born on June 12, 1963. 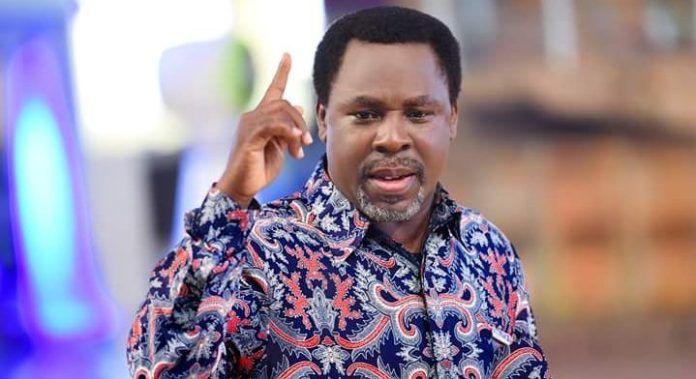 News of his demise became a trend on Twitter in the early hours of Saturday as many Nigerians took turns to mourn the late prophet.

The cause of his death was not immediately disclosed, but sources said he fell ill two days ago.

His body is believed to have been deposited at General Hospital in Isolo, Lagos.

Joshua is famous across Africa, Europe and America. His YouTube channel, Emmanuel TV, had over 1,000,000 subscribers and was the world’s most viewed Christian ministry on the platform before it was suspended.

He is well known for his controversial prophecies such as the Ghana terror attack, US presidential election, coronavirus and his influence in African politics. He recently predicted Nigeria would remain one despite instability in different parts of the country.

He recently wrote on his Facebook page about plans to celebrate his 58th birthday.

He said, “As things stand, you may have realised it will not be easy for me to celebrate my birthday under the present circumstances. Some of the people who want to come are troubled by the situation all over the world. We see their fear and their worry. I feel their pain; I feel their worry. 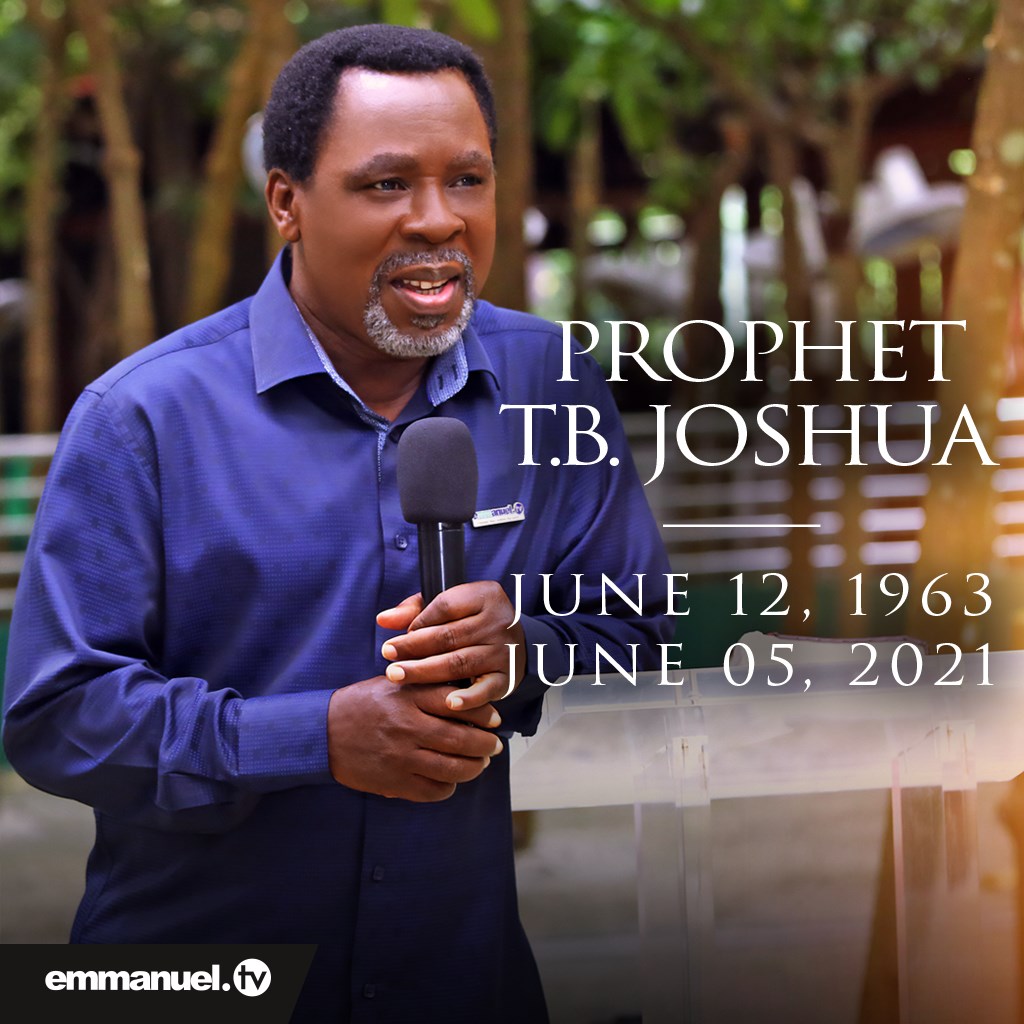 “Therefore, let us dedicate this day to prayer and fasting. Don’t forget the needy. By the grace of God, more birthdays are ahead. God bless you! Emmanuel. Jesus is Lord! Happy Birthday.”

On September 12 2014, a guesthouse collapsed in Lagos’s SCOAN premises, killing at least 115 people, 84 of them were South Africans.

“Surely the Sovereign LORD does nothing without revealing his plan to his servants the prophets.” – Amos 3:7

On Saturday 5th June 2021, Prophet TB Joshua spoke during the Emmanuel TV Partners Meeting: “Time for everything – time to come here for prayer and time to return home after the service.”

God has taken His servant Prophet TB Joshua home – as it should be by divine will. His last moments on earth were spent in the service of God. This is what he was born for, lived for and died for.

As Prophet TB Joshua says, “The greatest way to use life is to spend it on something that will outlive it”.Prophet TB Joshua leaves a legacy of service and sacrifice to God’s Kingdom that is living for generations yet unborn.

The Synagogue, Church Of All Nations and Emmanuel TV Family appreciate your love, prayers and concern at this time and request a time of privacy for the family.