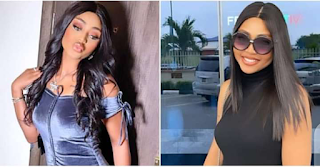 Actress and billionaire wife, Regina Daniels has got people talking after a video of her spraying her driver with money surfaced on social media

Populat Nollywood actress, Regina Daniels has been known to live her life on her terms despite criticism from people on social media.

In a video sighted by Music-wap on Instagram, the billionaire wife who seemed to be returning from somewhere she went to have fun continued the party in her car. 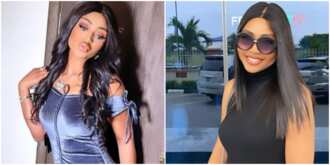 Regina knows how to have fun on her terms Photo credit: @regina.daniels

She donned a gown and still had her makeup intact as she pushed her head through the open roof of the car to enable her dance.

Few minutes later, the mother of one who had money in one of her hands announced that she would like to spray her driver money, and then proceeded to do so.

The person who recorded the video was heard hailing her as she plastered the money on her driver.

Watch the clip below:

Differnet reactions followed Regina’s video, while some people hailed her for enjoying her life, others noted that her driver could have easily lost concentration.

“Reckless behaviour, distracting a driver while he is driving. If anything goes wrong poor driver will be blamed.”

“You want him to lose concentration?? This is very risky o.”

“You only live once, have fun girl.”

Actress, Regina Daniels’ mother, Rita, found love again with a younger man and the news of their marriage was trailed with mixed reactions on social media.

Some of the reactions included heavy trolling on Rita’s page. One of the trolls identified as @luis_praize called her a loose woman.

The obviously enraged actress blasted the troll and added that his late mum would not rest in peace but in pieces.