Afrobeats sensation, Davido, has been involved in an exchange of words with Dada Olusegun, a member of the All Progressives Congress, (APC), who mocked him over his uncle, Ademola Adeleke’s court woes since he won Osun Governorship election.

Recall that the Independent National Electoral Commission (INEC) had declared Adeleke the winner of the July 16 governorship election in Osun State having polled a total number of 403,271 votes against 375,027 polled by Governor Oyetola.

Oyetola is currently challenging the result of the governorship election at the tribunal.

The tribunal also ordered INEC to release Osun election materials used at the poll to Oyetola and the APC for inspection.

When Dada Olusegun, who vied for the position of APC National Youth Leader saw the tweet, he mocked the OBO Crooner. 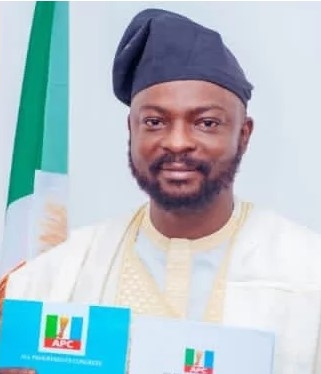 He tweeted; ”He shock am. Smally 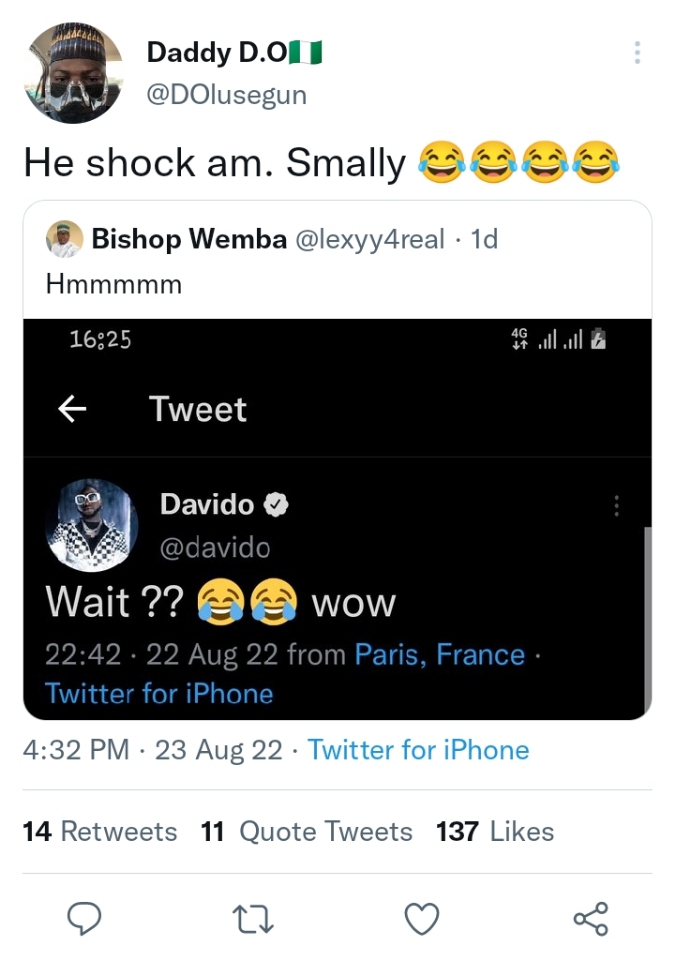 Firing back, Davido gave a savage reply by making a reference to the time Olusegun cried at the APC National Convention after he was asked to step down his ambition to be the youth leader.

The Singer called Dada a dummy and said he should have used a crying emoji, which reminded him of his emotional display at the convention.

’ reminds me of something … DUMMY,” the singer wrote 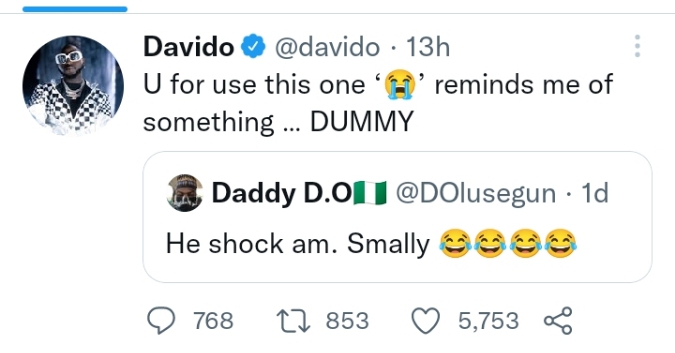